Unlocking the Secrets of Aiki-jujutsu 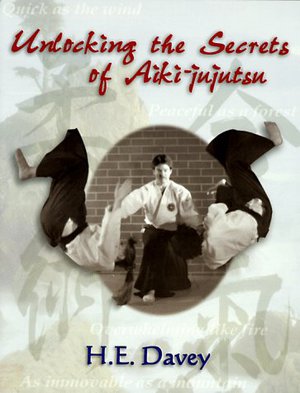 Aiki-jujutsu, a martial art with roots in Japan's ancient past, is the jujutsu system that gave birth to aikido. Like aikido, aiki-jujutsu is based on the principle of aiki, or union with "Ki"--the animating energy of nature itself. Aiki-jujutsu, however, contains a much wider variety of unarmed and armed techniques than are found in most forms of aikido. These skills encompass throwing and pinning methods using all parts of the body, including the feet, plus close-distance and ground grappling, and a broad range of weapons systems. Since aiki-jujutsu involves harmonizing with Ki, Unlocking the Secrets of Aiki-jujutsu has the potential to vitally transform the lives of its readers. Surprisingly, this transformation does not only take place in the realm of one's newly developed skills of dynamic and effortless self-protection. Due to the unique characteristics of aiki-jujutsu, it is also possible to experience deeper levels of calmness, relaxation, concentration, willpower, and physical fitness in daily living.

Unlocking the Secrets of Aiki-jujutsu starts off with a detailed investigation into the mysterious roots of this time-honored martial art. Readers will next discover how the study of aiki-jujutsu unleashes the hidden powers of the mind and body. Finally, an intricate and profusely illustrated description of the art's explosive pinning holds, grappling methods, throwing techniques, strangle holds, arresting skills, and weapons training is provided.

See the excerpt from Unlocking the Secrets of Aiki-jujutsu published in the Shudokan Martial Arts Association Newsletter.

You can also order online at Amazon.com.