Uke: The Receiver of the Technique

By Kosslow, Tom
This article first appeared in the "SMAA Journal" Volume 17, Issue 1. 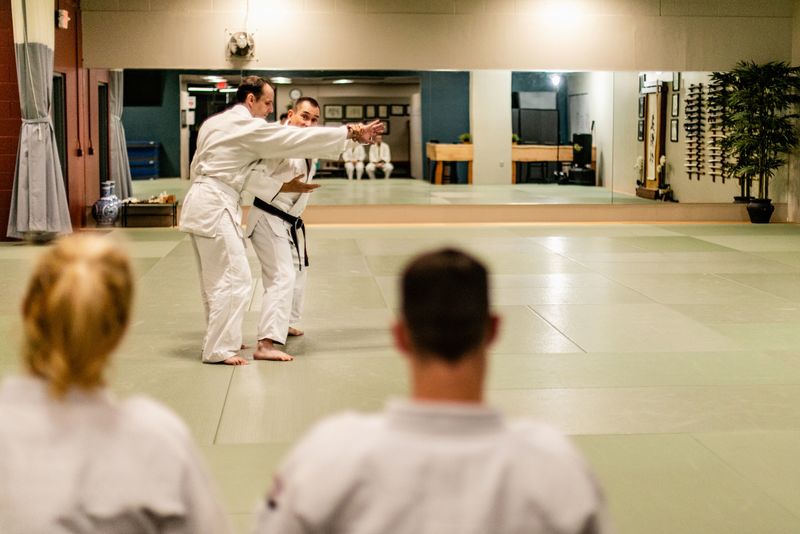 What is an uke?

Why is being an uke a privilege?

You’re training in class when your sensei wants to demonstrate a leg sweep defense against jodan mawashi geri (“high roundhouse kick”), and he chooses you to be his uke. You have to attack with jodan mawashi geri, and you know when you make this kick, he’s going to sweep your supporting leg out from under you, and you’re going to hit the floor hard. Even worse, you’re not on mats, so you know the landing is going to hurt even if you land properly. But you kick anyway.

BANG! You’re on the floor, and it hurts just as you knew it would, maybe worse. You get up the best you can, and your sensei says, “Again!” So you kick again and hope the landing will be softer this time. It isn’t. This goes on until he finally says, “OK. Enough.”

Most of the other students in the dojo are glad it’s you who was chosen as uke and not them. They see you taking the fall, and they think about the pain. They can’t see what is going on inside. They don’t understand that when you are uke, your sensei will take you to the edge. You have to be totally present when you’re uke. If you’re too slow, or have bad aim, or do something else wrong, it’s your fault, and your sensei won’t allow you to get away with it. You can’t be sloppy, and you can’t be afraid. You cannot train properly, or be a good uke, if you’re scared. If you are a bad uke, your teacher is going to leave you alone and get someone else to help him or her in front of the class. That isn’t something a good student wants to have happen. In a traditional dojo you’re only rough on the people you like. The rest of the students you treat with kid gloves.

If you practice karate-do for any time at all you are going to get hit. It goes with the territory. You have to learn to deal with a certain amount of pain in karate-do, because there really isn’t any way to avoid it. And there’s another reason for learning how to take a hit.

If you ever have to fight an opponent who will not give in, who just keeps coming at you; then you’re going to have to take some hard licks. You’ll need a resilient spirit to fight back when it gets tough.

If you can face up to your sensei when he looks you straight in the eye, and you know pain is forthcoming, then you aren’t going to be scared of other people. They can’t possibly do anything to you like your sensei has already done. So, while others are thinking they’re glad it isn’t them, a good uke is thinking something different. He or she is glad to have such a great opportunity.

Are you serious about karate?

Instead of ranking with organizations that don’t have ties to Japan, you can receive rank certificates that actually mean something from The Shudokan Martial Arts Association. Join the SMAA as a full member for only $30 a year for the ability to receive rank and teaching titles. All you have to do is send a video of yourself performing with your membership application. You can have pride knowing your skills are recognized among other exceptional martial artists.

Submerse yourself in an international community of karate-do enthusiasts when you join SMAA’s karate-do division. You’ll stay in the loop with our martial arts and community news and enjoy hours of martial arts reading and content.

If you’ve been searching for a Japanese karate association, look no further than SMAA! Contact us today to join.