The Power of a Positive Mind 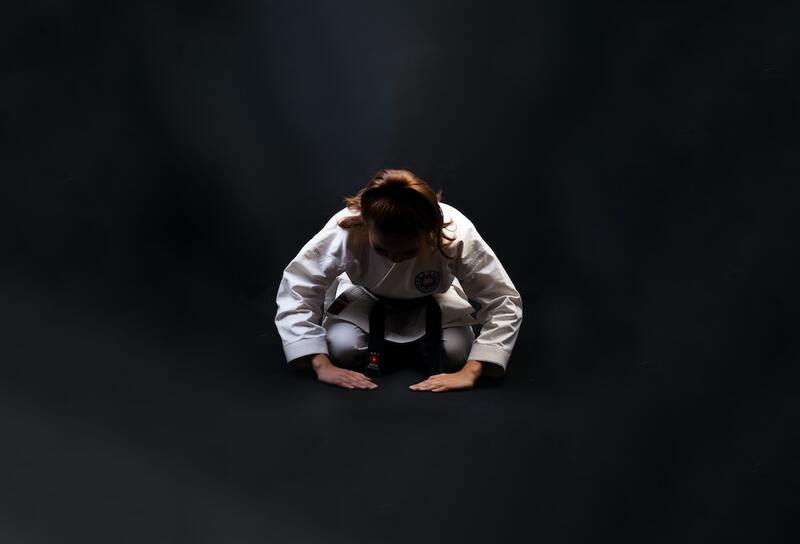 Do you want to strengthen your mind?

In many ways, the positive and dynamic use of the mind is the most important point in learning budo, for without it, we rarely have the follow-through to effectively master any other aspects of training. Beginners should also consider as well the ways in which a negative attitude can affect them physically. And while all of this is important, the bottom-line is that the mind will withdraw from an activity it doesn’t “feel good about.” That includes learning a martial arts technique, and if we believe that we can’t do well at some aspect of budo, the mind often fails to fully focus on that action, creating a self- fulfilling prophecy of failure.

An optimistic attitude is most easily arrived at through a deliberate and rational analysis of what’s required to manifest positive thought patterns. First, we must reflect on the present condition of our minds. In other words, is the mind positive or not? We’ve all met individuals that perceived themselves as being upbeat people, yet weren’t seen by others in that way. The mind, being invisible, is intangible. It’s therefore easier to see the characteristics of the mind through a person's words, deeds, and posture.

Not only is it important to reflect on if we’re positive or negative, but we should consider the nature of our environment. Our environment is influenced by the words and actions of other people, by the appearance of one's surroundings, and by an almost endless variety of other factors. These factors amount to “suggestions” that we receive from our surroundings and circumstances. Which of these everyday suggestions are positive and which are negative?

By answering this question, we can restructure our surroundings so that our subconscious minds are influenced in a positive way. Gradually, positive elements are then accumulated in the subconscious, which in turn influences our conscious thoughts and actions. It’s for this reason that a traditional dojo is clean, uncluttered, bright, orderly, and natural in appearance, as these elements affect the way in which one learns.

At the same time, by being aware of the influences we receive from the environment, those that we cannot necessarily control in other words, we can consciously strive to be unaffected by the negative expressions, actions, and gestures of others. This keeps the mind free from pessimistic thoughts, and for this reason, students practicing in a traditional dojo are discouraged from making negative statements like: “I can't do that technique.” Comments of this sort not only weakens them but has a dispiriting effect on others training in the dojo.

In the Japanese martial arts, the cultivation of wa, or “harmony,” is considered to be essential. Without this quality, a dojo (or even a nation) cannot function effectively, but it can, at least partially, be cultivated by developing the habit of using positive, encouraging words when addressing others.

Koryu bujutsu, and to a lesser degree modern budo, are derived from the ancient traditions of the bushi, the classical warrior of feudal Japan. For a bushi—or samurai, as he could also be known—facing death was an everyday concern. In fact, the bushi's life was likened to the Japanese cherry blossom, which blooms only briefly, displays vibrant color and beauty, and is then scattered by the wind.

For the bushi to maintain a positive attitude in the face of possible impending death, he had to learn not to worry about the past, or especially, the future. This point is also vital for the modern student of martial arts. Basically, if the mind stays in the present, it’s impossible to worry. Human beings worry about an event that might take place in the future. The present moment contains no time or space for worry.

You may become a better student, teacher, and performer with support from the SMAA. You’ll gain insight from our prestigious members in multiple countries and can earn reputable certificates of rank. We can answer your questions with credible historic Japanese martial arts knowledge and experience.

Call us today at 734-720-0330 or contact us to learn about earning karate certificates.