Book review of "Unlocking the Secrets of Aiki-Jujutsu"

By Fabian, Stephen
This article first appeared in the Winter 1997 issue of the "SMAA Newsletter." 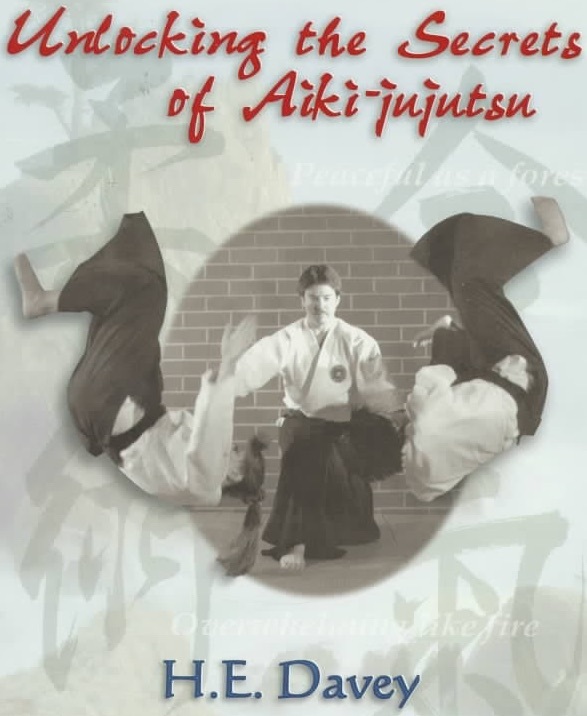 Aiki-jujutsu is a traditional Japanese combative discipline that has the potential to vitally transform the lives of its participants. This transformation takes place of course in the realm of one's newly developed skills of self-protection, but due to the nature of the art, it is also equally possible to experience profound spiritual realizations.

So begins H. E. Davey Sensei in his ambitious and sincere effort to introduce to us the traditional Japanese art of aiki-jujutsu.  He does so in three well-articulated and well-illustrated sections, and helps substantiate his material with detailed references, notes, and a helpful glossary.  It is an enjoyable and informative read.

In Part One, "The Mysterious Origins and Roots of Aiki-Jujutsu", Davey Sensei shares with us the fruits of his personal research in the US and in Japan, seeking the roots and heritage of a system he learned from his father, who studied Saigo Ryu aiki-jujutsu directly under Saigo Kenji Soke. Besides identifying and tracing relations between major schools of aiki-jujutsu, the author attempts to debunk and address misconceptions and stereotypes.

Part Two, "Discovering the Hidden Powers of the Mind, Body, and Aiki", probes mind-body connections and tapping into aiki, which Davey Sensei defines as "union with the life energy (Ki) of the universe".  Much more than physical technique, aiki is identified in this chapter as a psychology and a philosophy of action and of life. But "where's the meat?" you may be asking.  Once the reader is prepared by historical and philosophical overture, Davey Sensei delivers the "meat" as well.

Part Three is "The Explosive Power of Aiki-Jujutsu Techniques ", and includes a technical analysis and sampling of specific techniques.  These are expertly demonstrated by the author and his obviously well-trained students, revealed in clear and sometimes sequential photographs, often juxtaposing correct and incorrect technique.  This last part demonstrates the substance alluded to in the previous parts.  In fact, readers without some form of previous jujutsu training will likely find the last section, "Aiki-jujutsu: A Sampling of Unique Techniques", too technical to easily follow or replicate.

Davey Sensei's book, his first, and the first (as far as I am aware) in English on aiki-jujutsu, is an important and serious work, a genuine contribution to the available literature on Asian martial systems. For purists and traditionalists, the work could have been enhanced with kanji inscriptions of Japanese terms in the glossary, but that lack could be balanced by the ready accessibility of the text via its publisher, Masters Press, in most major bookstores. This is a work that serious martial practitioners, particularly those in Japanese ryu, will want to have for their own.