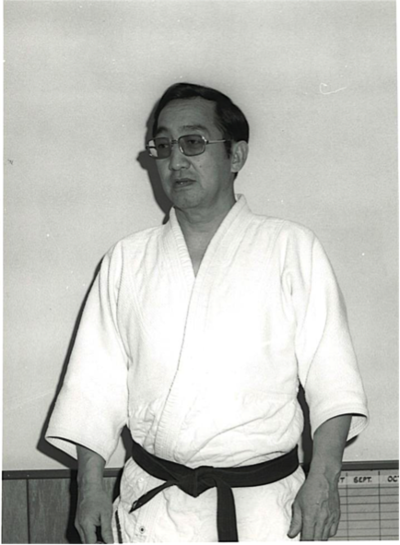 Richard Yamamoto Sensei started practicing classic Kodokan judo since he was sixteen years old. At over 90 years of age, Yamamoto Sensei was a very active senior citizen and a seventh dan associated with the Kodokan Judo Institute in Tokyo, until he passed away in on New Year's Eve 2014.

One of the pioneers of judo in the Northwestern part of the US, Yamamoto Sensei was the chief instructor of Seikikan Judojo for many years. Seikikan was established in the 1930s, making it the second oldest judo dojo in Washington State, and one of the oldest in the USA. Its first home was the basement of a hotel run by Yamamoto Sensei’s parents. He more or less “lived in the dojo,” with judo being a constant presence in his life.

Yamamoto Sensei practiced in the dojo, and in seminars, with a number of legendary judo teachers, including the late Kotani Sumiyuki Sensei (10th dan), the late Fukuda Keiko Sensei (10th dan), Daigo Toshiro Sensei (10th dan), and others. His first judo teacher was Horiuchi Keiji (Keigi) Sensei, a member of the Nanka Judo Yudanshakai Hall of Fame and a Kodokan eighth dan. Horiuchi Sensei was one of the highest ranking members of the United States Judo Federation (USJF) and a USJF Life Member. He passed away in 2006.

Yamamoto Sensei held high levels of referee certification through the USJF, and he was one of the highest ranking members of this association. For many years, he also served as an official in the Northwest Judo Yudanshakai, a USJF affiliate association. He was a USJF Life Member as well.

For decades, Yamamoto Sensei devoted countless evenings each week (and quite a few weekends) to training young judoka. He did this for free, and he never accepted money in exchange for judo instruction, believing that his teaching was a way of building a better society based on the judo principles of Seiryoku Zenyo (“Maximum Efficiency with Minimum Effort”) and Jita Kyoei (“Mutual Welfare and Benefit”). Over multiple decades he has taught hundreds, if not thousands, of students at Seikikan Judojo and in public clinics. Among his students are people from all walks of life, from US national champions to people just starting judo. They all learned that classic judo is a way of developing one’s character.

Yamamoto Sensei lived in the U.S. Pacific Northwest, and he was one of a number of prominent teachers of traditional budo and koryu bujutsu that make up the prestigious SMAA Board of Advisors. Among the members of this elite board are top martial arts leaders in Japan and other nations, experts in other Japanese cultural arts, and important members of Japanese society. The SMAA is active around the world and lead by both Western and Japanese martial arts experts.

Their presence in the SMAA speaks volumes about the legitimacy of our group, and they are our most valuable assets. In a video interview for Densho Digital Archive, a nonprofit association that documents the Japanese-American experience, the ever humble Yamamoto Sensei said, “I guess I was one of the good judoists, or anyway one of the judoists that liked to do judo. I wasn’t very perfect, but then I enjoyed it, because I could throw some of the people some of the time.” To his many students, Yamamoto Sensei was always much more than just “one of the good judoists,” having devoted a lifetime to this form of budo. For decades, he positively influenced a huge number of judoka, while helping them to improve their health and strengthen their spirit.

We were honored to have Richard Yamamoto Sensei on our board of advisors, and we're grateful for his endorsement of SMAA ranks and events. The SMAA Judo Division is dedicated to his vision of judo; it is a vision of judo as much more than a sport. We promote judo as a traditional martial art, an important aspect of Japanese culture, a means of self-defense, and a philosophy that can benefit society.