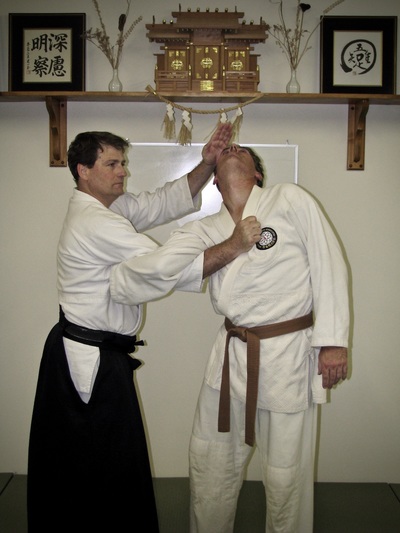 SMAA Senior Advisor with over 25 years of jujutsu trainings

Heard Sensei serves on the SMAA Board of Advisors. He is also the former assistant editor for the SMAA Journal and the former webmaster for the SMAA website. He currently holds the title/rank of Fuku-shihan/sixth dan in the SMAA's Traditional Jujutsu Division. He has demonstrated Saigo Ryu aiki-jujutsu several times at the Kokusai Budoin Sogo Budo Taikai, held annually in Tokyo.

Mr. Heard earned bachelor's and master's degrees from the University of California at Berkeley. After working in the software development industry, he returned to the University to become Director of Computing and Information Services for UCB's School of Information. His professional interests include UNIX/Linux system administration, building information systems based on open standards, open source software, and privacy and security in the digital age. He is co-author of Mastering Netscape SuiteSpot 3 Servers (Sybex).