By Cimino-Hurt, Michael
This article first appeared in the "SMAA Journal" Volume 14, Issue 2 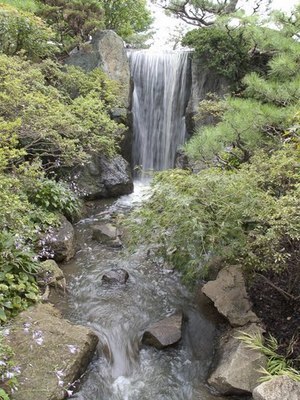 Modern karate-do has its beginnings so far in the past that its earliest history is lost. What we do know is that the roots of Wado Ryu come from the martial arts traditions of China, Okinawa, and Japan. Those elements came together in the last century due to the efforts of a most amazing Japanese martial artist named Ohtsuka Hironori Sensei, or as Westerners would say it, Hironori Ohtsuka.

Karate is a term which originally meant "T'ang-hand". This is in reference to the T'ang Dynasty of China from which many karate-do concepts were adapted by the Okinawans. In the 15th and 16th centuries, the Okinawans had developed a system of unarmed combat called Okinawa te or tode. This art was supposedly enhanced by the influence of Chinese emissaries in the 17th century, who introduced kata, or “forms,” and other Chinese principles. Among the kata believed to have been introduced were, notably, Kushanku and Chinto which were supposedly named after the men who introduced them. This was at a time when Okinawa had come under the control of Japan, and Okinawans were required to surrender their weapons on pain of death. The empty-handed fighting arts may have been studied so that the Okinawans might defend themselves from their conquerors. More recent investigation reveals that the empty-handed fighting systems of Okinawa were probably developed by the Pechin class, who were responsible for law-and-order as well as for the military.

Okinawa te is often described as having developed in three main areas around the towns of Naha, Tomari, and Shuri, and it was taught secretly for centuries, usually within families. We often associate different emphasis in internal, external, and linear techniques as being representative of the tode from these three areas. Over time, this art also came to be called karate-jutsu (“Chinese-hand art”).

A little before the beginning of the last century, karate-jutsu began to be taught in public schools in Okinawa as a means of physical exercise for youth and as a way of preparing them for military conscription. Hirohito, while Crown Prince of Japan, saw a demonstration of karate-jutsu while on a visit to Okinawa, and subsequently asked that someone come from Okinawa to demonstrate karate-jutsu on mainland Japan. The Okinawans, wanting their art to be represented by a refined, "gentlemanly" person who was also an accomplished martial artist, chose Funakoshi Gichin to represent their art. Funakoshi Sensei was a Shuri-te stylist and was accomplished in poetry and calligraphy.

A first visit by Funakoshi Sensei was not successful, as it was given to primarily to representatives of samurai families, who were not much interested in an empty-handed art, but a later demonstration in 1922 at the first public sports festival in Tokyo caused a great deal of interest in karate-do. Funakoshi Sensei was asked to stay and teach his art. In 1933, Master Funakoshi changed the ideogram, or written form for karate from one which meant “China (T'ang) hand” to one which meant “empty hand” (though pronounced the same). The term “empty hand” carries with it many Japanese Zen connotations appropriate to the concept of a "do," or "way," and was probably more acceptable to Japanese, due to the political situation at that time. Mainland Japan already had several indigenous empty hand combat arts (i.e., jujutsu, aikijujutsu, kenpo, and judo), and some Japanese found karate-do to be highly compatible with these existing systems.

In 1921, Master Ohtsuka Hironori, who had studied Shindo Yoshin Ryu jujutsu from an early age, was granted a menkyo kaiden (certificate of full proficiency) from Nakayama Tatsusaburo Sensei in that art. He had also visited many other jujutsu and kenpo dojos trying to learn from as many styles as possible. In 1922, after a demonstration in Tokyo, Ohtsuka Sensei met with Funakoshi Sensei at the Meisei Juku where he was staying at the time, and he asked to study karate-do. He was accepted, and began to study immediately. Because of his extensive understanding of martial arts and his enthusiasm, he quickly absorbed Funakoshi Sensei's kata (which, aside from basic technique, was all that was being taught at the time). He soon introduced the concept of yakusoku kata (prearranged fighting techniques) which was warmly accepted by Funakoshi Sensei. Ohtsuka Sensei was granted his black belt in karate-do in 1924, making him one of the first Japanese to be promoted in this art. Because he continued to train in Shindo Yoshin Ryu jujutsu, he was made a shihan (master teacher) in that art, and also became assistant instructor to Funakoshi Sensei. During this time he also began to train in karate-do with Mabuni Kenwa Sensei, Motobu Choki Sensei, and others, from whom he learned much additional information, especially concerning kata.

After Ohtsuka Sensei began to teach karate-do at Tokyo University, he began to have conflicts with Funakoshi Sensei over the introduction of jujutsu techniques and the practice of jiyu kumite (free-sparring), of which Funakoshi Sensei did not approve, and there was a parting of the ways. Ohtsuka Sensei introduced different kinds of body shifting techniques, a more upright stance for mobility, and reliance on evasion and counter techniques. He also introduced throws and joint locks into the repertoire and reduced the number of kata in his system to nine. (Though many schools teach several more, Ohtsuka Sensei believed these nine were sufficient if studied properly.) These include Pinan kata one through five, Kushanku, Naihanchi, Seishan, and Chinto.

As described by Shiomitsu Masafumi Sensei, Hanshi/eighth dan, Wado Ryu may be considered a synthesis of four elements: Shuri-te karate-do, Shindo Yoshin Ryu jujutsu, Toda Ryu kodachi, and Yagyu Ryu kenjutsu (“sword arts”). To the linear techniques of Shuri-te are added the body movement principles and grappling techniques of Shinto Yoshin Ryu, the nagasu techniques of Toda Ryu (which is a system of fighting with short sword against longer weapons), and the movement and flow of Yagyu Ryu swordsmanship. From these sources are defined several principles which are fundamental and particular to Wado Ryu.

Master Ohtsuka intentionally made his karate-do as Japanese as possible. He also discarded techniques which he felt were ineffective and added much of his jujutsu technique. In the 1934, when required to name his martial art, Ohtsuka Sensei submitted the name The Karate Promotion Club. In 1940, when requested to submit an official name by the Butokukai, a governing body for Japanese martial arts, Master Ohtsuka devised the name Shinshu Wado Jujutsu.  This was later shortened to Wado. The term wa means “peace” or “harmony,” but it also represents Japan as a shortened form of Showa, which was the name for the era of Emperor Hirohito. Originally the style was referred to as Wado-Kai which is "Wado-style" but upon becoming a hereditary system, the name became Wado Ryu. Master Ohtsuka's submission to the Butokukai contained a comprehensive syllabus, but later he decided to exclude many of these techniques as redundant.  Due to Master Ohtsuka's commitment and innovation of technique, Wado Ryu has rapidly become one of the most popular karate systems throughout the world, and its early acceptance of jiyu kumite has enabled it to be very successful in competition.

The emphasis on developing the whole body through regular exercise and training make karate-do an excellent means of promoting good general health, and the self defense techniques build confidence and promote personal security. Ohtsuka Sensei, who died in January 1982, once said, "The difference between the possible and the impossible is one's will." He practiced karate daily until his death at the age of 89.

Unfortunate conflicts shortly before the death of the founder caused Wado to be split into two organizations, usually referred to as Wado Ryu and Wado-Kai. Wado Ryu karate-do is directed through the Wado Ryu Karate-Do Renmei in Tokyo, Japan which is headed by Ohtsuka Hironori II, son of the founder. Wado-Kai is represented by  the Japan Karate Federation Wado-Kai in Japan, headed by Mr. Eriguchi Eiichi. A third major organization, Wado International Karate-do Federation was founded by  Suzuki Tatsuo Sensei. Wado-Kai organizations retain the original symbol of a fist enclosed by a dove. Wado Ryu Karate-Do Renmei has adopted the kanji for "wa" enclosed by the dove as its symbol, and the Wado International Karate-do Federation has adopted the rising sun enclosed by the dove as its symbol.