How to Stay Relaxed During Judo and Jujutsu

By Suino, Nicklaus
This article first appeared in the "SMAA Journal" Volume 26, Issue 4 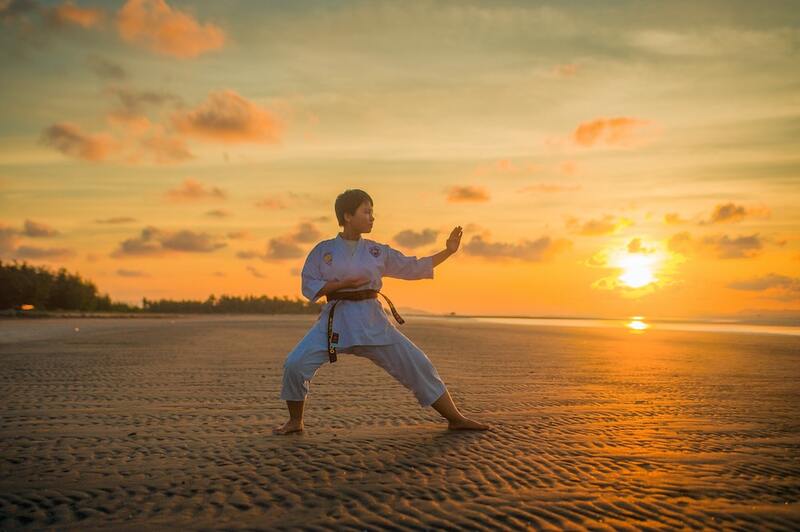 Do you find yourself panicking during falls, joint locks, choke holds, testing, or randori?

Is your movement so tense and rigid that it is difficult to execute techniques?

Do you ever feel so stressed that your breathing gets shallow, your heart rate increases rapidly, and you get light-headed?

The good news is that your body has developed useful mechanisms to keep you safe. However, the same fight-flight-freeze reactions that might have been beneficial thousands of years ago can be detrimental in modern society. One of the biggest examples is the physiological response of stress.

The Benefits of Exercise-Induced Stress

During intense exercise, there is a release of endogenous stress proteins that prime the body's immune system. In other words, exercise boosts the body's ability to defend itself. One research paper wrote, "If one were a gazelle running across a savanna being chased by a lion, your body would experience activation of stress hormones... If you were wounded during the escape, the endogenous stress proteins would prime the innate immune response thus improving the efficiency of the immune response" (M. Fleshner, J. Campisi, & J. Johnson, 14).

Good stress releases small amounts of cortisol that improve memory. For example, if you have ever burned yourself, you can vividly remember the sharp pain and smell of singed flesh. Now you probably avoid similar situations to keep from burning yourself.

In another study, heat-induced stress improved athletic performance. Oxygen consumption was more efficient (increased VO2 max), metabolic rates increased, and the cardiovascular system was enhanced. However, although the body's adaptation towards stress is usually beneficial in short lengths, it is dangerous when it is chronic.

Chronic stress, also known as distress, is detrimental to the immune and cardiovascular systems, mental functions, and the aging process. According to a Stanford article, it is important to allow the body to return to a resting state for a sufficient amount of time. Most exercise programs have scheduled recovery days. If you are new to martial arts, try to schedule recovery days in your training regime to avoid overtraining.

In order to balance stress and move with fluidity, here are a few tips to consider trying:

In a TED Talk, Amy Cuddy discusses how posture impacts the way the brain functions. Posture that is considered high-power increases certain hormones linked to feelings of power and higher risk taking. In a corollary study, researchers found that subjects who felt powerless had impaired executive functions. In other words, the people who lacked power were more likely to make mistakes and less able to plan.

Some signs of tension during judo are raised shoulders and the "old man" back slump. Aside from the psychological impact, it's more difficult to breathe properly when the rib cage is constricted.

A Yale study found that participants moved faster when they perceived an event as positive, rather than negative. Attitude influences behavior!

Martial artists often focus on the profound connection between thought and action. Koichi Tohei said, "Be vigorous and full of energy, and make ceaseless efforts. This means that little things do not discourage you and that you approach all things boldly and with an attitude of determination."

According to the Social Self-Preservation Theory, when people believe that they will be negatively perceived, their cortisol levels increase and makes recovery more difficult. In one study, "Individuals who possess qualities that are valued by the group are positively regarded, respected, and esteemed by others and have high social standing. Conversely, those that lack these valued attributes or have undesired characteristics receive signals of rejection or disinterest from group members and are lower on the social hierarchy." One way of doing this quickly in martial arts is sticking with etiquette: it makes it safer for you and others!

In a study that examined people with anxiety and panic disorders, researchers found that shallow breathing made the subjects more anxious. However, simply paying attention to breathing immediately lowered the respiratory rate. This also lowered muscular tension in the body.

During judo randori (free practice), novices hold their breath. Not only does this keep the body from providing oxygen to extremities, but it also sends a signal to the brain that something is wrong. People often experience panic and light-headedness when they forget to breathe. Exhale on the break fall. Tap out if someone puts a good chokehold on you.

Make sure you eat enough! In a study on dancers, researchers found that dancers with restrictive eating disorders suffered more stress fractures than other dancers. On the flip side, dietary-induced obesity made recovering from cardiovascular activity more difficult. Don't let your waistline deter you, though. In a study on weight loss and exercise in middle-aged people, muscular recovery improved within 16-weeks.

Are you having trouble integrating your love for budo into your schedule? Join a community of international martial artists who feel the same as you. SMAA offers separate divisions for karate, aikido, judo, traditional jujutsu, and iaido. As an associate member, you’ll receive a quarterly journal full of martial arts news and articles that may satisfy your budo desires. Apply today! Call us at 734-720-0330 or contact us to learn more about our martial arts industry association today!