By Holland, Daniel
This article first appeared in the "SMAA Journal" Volume 18, Issue 1. 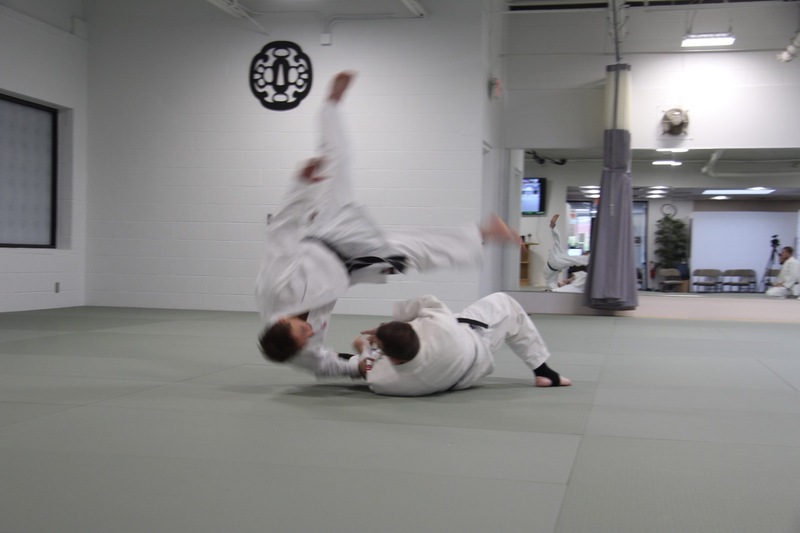 How can it be used?

Randori means "chaos taking" in Japanese, and may refer to any martial instance that involves two or more parties vying for a specific goal. A common practice in Kodokan judo, the purpose of randori is to perpetuate chaos upon the opposition in order to perplex, deceive, overcome, or overwhelm, so that victory may be taken decisively. Randori itself may be trisected into three distinct genres relevant to a respective setting: free practice in the dojo, competition in martial sport, and combat in battle. Every martial artist should keep in mind that these three genres are entirely different in character and impertinent outside their respective setting.

FREE PRACTICE IN THE DOJO

“In time of practice, without distraction, Light in heart and light in limb, let us endeavor with full attention, to concentrate our mind within.”
-- Excerpt from The Song of Judo by Mifune Kyuzo Sensei, Kodokan judo judan

The characters that compose the word dojo literally mean "the place for finding the way." So despite its militaristic influence, the martial arts dojo is above all an educational institution. The motivation for training the martial arts is different for every person, but essentially, the entire dojo population — both student and sensei — are there to learn. This holds predominately true in the practice of randori. Never forget it!

Though every person in the dojo should participate in free practice with the intention of winning, they must do so under the pretext of study. Dojo randori is a time to explore safely in the company of trustworthy peers. Because taking a fall or a hit in the dojo is no ruinous defeat, one should make good use of the opportunity to test and chart unfamiliar territory. Clinging to a habitual technique merely narrows the perspective and encourages tunnel vision in the training process: Instead, one should experiment with alternative tactics, play outside the comfort zone, and remain unperturbed if a ploy is unsuccessful. The tai chi chuan adage, "Invest in loss," rules high here, and correlates with the Western anecdote of Thomas Edison whose light bulb failed 1000 times before it functioned properly.

Most importantly, the martial arts student should follow Mifune Sensei's advice, and engage in practice "light in heart and light in limb." The dojo is not the place to show dominance over fellow students. It is not the place lose one’s temper. This by no means implies slow, low energy practice, but only a clear mind and a relaxed body will maximize the potential to learn.

“You have to learn the rules of the game. And then you have to play better than anyone else.”
--Albert Einstein

In recent years, the fusion of sports and the martial arts have hugely popularized numerous traditional disciplines. Judo, karate-do, taekwondo, Brazilian jiu jitsu, boxing, and wrestling are probably most prevalent martial sports worldwide, and of course those and many others are hashed together in an amalgam of excitement in the Ultimate Fighting Championship (UFC).

In the Japanese martial arts, sport competition is known as shiai. In shai, conditioning, coaching, and fluency of the game are the fastest routes to victory. Unlike in the dojo, the competitor's ring is not the place to explore. Instead, methods that are tried and true are the surest way to go. Though they certainly have backups, many champions triumph through one or two skillful techniques that can be executed swiftly and seemingly from nowhere, because in the heat of competition, experimentation becomes a risk — it could result in loss or even injury — so rules are imposed and upheld by a referee or some other authority to protect the competitors.

Rules also oblige fair play and ensure the game runs smoothly and excitingly. They are restrictions, but they are necessary ones. Competitors who learn to best play within those bounds will most likely take the prize.

“Though a warrior may be called a dog or a beast, what is basic for him is to win.”
--Asakura Soteki

Combat, to be sure, is an entirely different animal, where the safety of the opposite party is sometimes entirely ignored, and it is truly a skirmish of severe consequences. Never forget that free practice and competition are not combat — they are combat simulations for study or sport, and this distinction cannot be dismissed. In battle there is no referee to enforce the rules, and there is no agreement to sustain mutual welfare. This point is obvious, but sometimes easy to forget, after an accumulation of trophies or consistent victories in the dojo.

One must always remember that study in the dojo and competitions in martial sport are not meant to turn a person into a truly effective soldier. If that is the desire, then a modern military, composed of men and women who have actually put their lives on the line and employed the most technologically advanced weapons, is the only place to go.

In any case, the mindset for sport, study, and combat must always be appropriate to the setting. On the battlefield, Soteki's dictum makes perfect sense; when the whistle blows, follow Einstein's advice; and in the dojo, we should always sing Mifune Sensei's song.

Do you want to earn reputable certificates of rank?

There are plenty of organizations who can give you mass-produced rank certificates, but do those really mean anything? You’re serious about martial arts, and your dedication deserves more than a cheap piece of paper. The Shudokan Martial Arts Association can help you receive legitimate rank certificates that mean something not only to you, but the entire martial arts community. We offer custom martial arts certificates for judo, karate, jujutsu, iaido, and aikido. All you have to do is join SMAA as a full member, give us a detailed history of your training, any certificates you’ve earned, a video of you performing, and a small certification fee of $30.

SMAA can give you something to be proud of! What are you waiting for? Rank today!